The birth of LED display directly changed the whole world. The emergence of a large screen made us feel brilliant colors, large screens, and high-definition image quality. LED display currently accounts for 80% of the outdoor market. LED display performance is closely related to the LED Display driver chip. 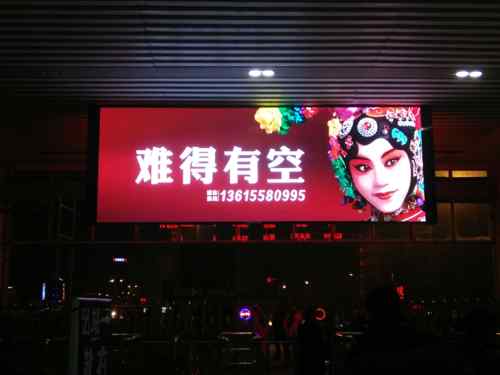 LED driver chips can be divided into two kinds of general-purpose chips and special chips. The so-called universal chip, the chip itself is not designed specifically for the LED, but some logic chips with LED display part logic functions (such as string-and-shift registers). The dedicated chip refers to a driver chip designed specifically for LED display in accordance with the LED light emission characteristics. LED is a current characteristics device, that is, under the premise of saturation conduction, its brightness changes with the change of the current, rather than by adjusting the voltage across it. Therefore, one of the biggest characteristics of a dedicated chip is to provide a constant current source. The constant current source can ensure the stable driving of the LED and eliminate the flickering phenomenon of the LED, which is a prerequisite for the LED display to display a high-quality picture. Some special chips also add some special features such as brightness adjustment, error detection, etc. to the requirements of different industries. This article will focus on the dedicated driver chip.

General-purpose chips are generally used in low-end products of LED displays, such as indoor monochrome screens, and dual-color screens. The most commonly used universal chip is the 74HC595. The 74HC595 has 8-bit latches, serial-parallel shift registers, and tri-state outputs. Each circuit can output a maximum of 35mA (non-constant current). General IC manufacturers can produce such chips. In the display industry, manufacturers such as Motorola (Onsemi), Philips, and ST are commonly used, among which Motorola's products perform well.

The key performance parameters of a dedicated chip are the maximum output current, the number of constant current source output channels, the current output error (bit-bit, chip-chip), and the data shift clock.

The number of constant current source output channels is mainly 8 (8-bit source) and 16 (16-bit source). The 16-bit source is basically the mainstream, such as the TLC5921, TB62706/TB62726, and MBl5026/MBl5016. The main advantage of the 16-bit source chip is that it reduces the chip size and facilitates the wiring of the LED driver board (PCB), especially for PCBs with a small dot pitch.

The basic functions of the LED display driver chip all include the function of a serial shift register, so as to facilitate the cascade and transmission of display data, and to construct a large-size led display screen with multiple display points. The data shift clock determines the transmission speed of the display data and plays a crucial role in the display data update rate. As a large-sized display device, the display refresh rate should be above 85 Hz to ensure a stable picture (no scanning flicker). A higher data shift clock is the basis for the display to obtain a high refresh rate picture. At present, the mainstream constant current source chip shift clock frequency is generally above 15 MHz.