LED display comes in the era of HDR

HDR emerged in the broadcasting industry and gradually expanded to mobile devices. The introduction of this concept and technology in the field of LED display lags behind. Colorlight is the pioneer and earliest technology implementer of HDR technology in the LED display field, aiming to bring a better picture quality experience to customers.
What is HDR

We are in a colorful world. In order to present this colorful world in front of the display screen, humans have invented cameras, video cameras, televisions and other devices, and have also developed many advanced technologies. HDR is one of them. .

HDR stands for High-Dynamic Range, which means high dynamic range image technology. This technology was first applied to photography. Turning on HDR during the photo shoot process can make the original dark scene brighter and more transparent. Now, HDR technology has been applied to home appliances, smart terminals and other aspects. In the field of LED display, Colorlight has begun to truly experience the advantages of HDR technology.

What HDR can bring

Take the TV for example. The range of brightness that traditional TVs can exhibit is extremely limited, and it is far from the range that people can perceive. The reason for this is that the brightness of traditional TVs in the bright areas cannot be improved, and the darkness does not come down. This leads to poor perception of the level of the screen perceived by the human eye and loss of large amounts of detail.

HDR super quality display technology can perfectly solve this problem. Compared with the mainstream SDR 1080P display technology currently on the market, HDR has higher pixel loading: 3840×2160; wider color gamut range: BT2020. The same picture can display more color information, more details of the image lines. At the same time, with more advanced electro-optical conversion technology, all-round enhancement of the brightness and darkness of the picture, so that a picture in all directions to show the most realistic look.

In the LED display industry, Colorlight took the lead in making video processing equipment that supports the analysis of HDR chip sources, and promoted LED displays into the HDR era.

As you can see from the figure above, the HDR image on the right shows more highlight and shadow details. The human eye looks like the picture is fuller and the color transition is smoother.

As a leader in the image processing industry, SONY announced the standards for ultra-high-definition image quality, including five dimensions of improvement: resolution, color depth, color gamut, contrast and frame rate. 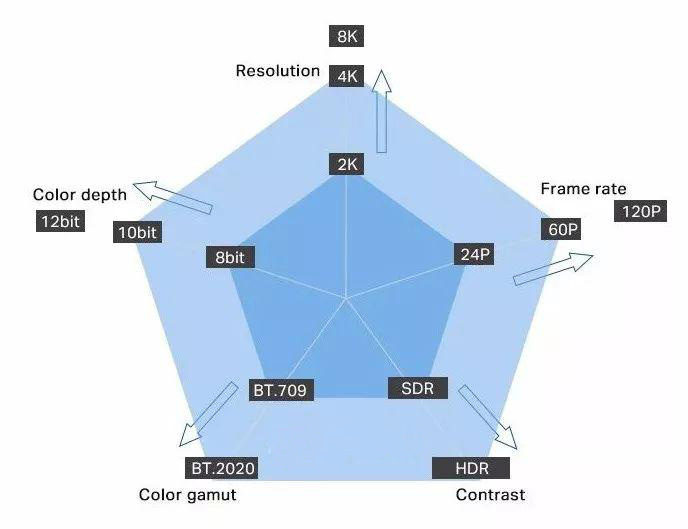 The ultra-high-definition Blu-ray standard requires a resolution of 4K, a color depth of 10 bits, and a color gamut of BT.2020. Contrast is the requirement for HDR, and the frame rate is 60 fps.

Here are the most difficult to understand color depth and color gamut:

The Ultra HD Blu-ray standard specifies a color depth of 10 bits, which means that 1.07 billion colors can be displayed.

The ordinary Blu-ray standard SDR support is 8bit color depth, only 16.77 million colors, the gap is wide. That is to say, through the 10bit output, the color is richer and fuller, and the gradation transition will be smoother than the 8bit.

Currently, the display color gamut covered by the consumer LCD/OLED screen is approximately BT.709, which is approximately equal to the 95% NTSC color gamut promoted by mobile phone manufacturers (72% NTSC=100% sRGB). In the past two years, many cell phones and laptop computers have begun to support the DCI-P3 color gamut, while the HDR color gamut standard is BT.2020.

The range of color reduction for BT.709 and BT.2020 is shown below. The BT.2020 color gamut of the HDR standard far exceeds the existing SDR color gamut and can display a richer range of colors, which plays a key role in the enhancement of the entire image in terms of color gradation and transition.

In the HDR standards that have now been released, the color depth and color space have been stipulated accordingly. The overall improvement of these parameters brings a "better pixel" display. 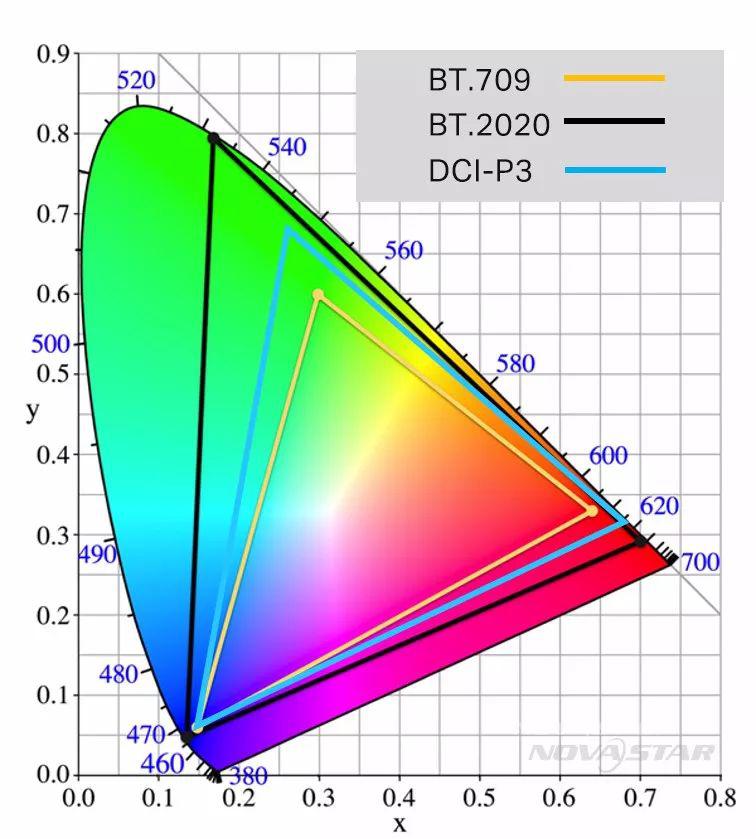 What are the HDR industry standards?

The HDR10 is currently the most popular HDR standard and is a mandatory format for ultra-high definition Blu-ray specifications. The HDR standard supported by most HDR display devices refers to HDR10.

The HDR10 was announced by the American Consumer Technology Association on August 27th, 2015 and has so far received support and recognition from monitoring and television manufacturers such as Dell, LG Samsung, Sharp, Sony and Vizio. Sony's PS4 and X Box One S game consoles already support the HDR10 standard.

The HDR10 standard specifies a number of conditions for image restoration capabilities, including the 10 Bit depth and BT.2020 color space we mentioned earlier. In addition, the brightness of the display screen is at least 1000 nits. Only by satisfying these conditions can we claim to be HDR10.

HLG is a digital broadcast HDR standard jointly developed by British BBC Broadcasting Co. and Japan Broadcasting Association NHK. Its full name is Hybrid Log-Gamma (mixed logarithmic gamma) and was launched in May 2015.

When developing the HLG, the BBC and NHK took into consideration the "broadband transmission bandwidth" of the broadcast issue. HLG has no metadata part. It integrates HDR signals into TV broadcast signals, is compatible with current broadcasting equipment, and has no licensing fees. Therefore, it is suitable for digital broadcasting of cable/satellite television, even live broadcasting, so that people can enjoy HDR effects even if they watch programs at home.

This is an ultra-high definition Blu-ray television standard developed by Dolby Laboratories. Unlike open source HDR10, only Dolby Lab certified devices can claim support for the Dolby Vision standard. The certification process requires payment to Dolby, and these costs are also indirectly calculated into equipment costs. Therefore, devices that support the Dolby Vison standard are generally expensive.

The color depth of the Dolby Vision standard is further increased to 12Bit, and the display needs to meet at least 4,000 nits of brightness. Currently, TVs that support Dolby Vision Ultra HD display include Sony and LG.

What are the requirements of HDR on the display?

The peak brightness of the display is ≥1000 nits

The minimum brightness of the display ≤ 0.05 nits

Over 90% of DCI-P3 color space coverage

The effect of high brightness is not just "glare", but also brings more rich colors.

To understand the display effect, we must stereoscopicize all the quantified concepts. Chemical reactions can also occur between brightness and color. For example, real-world fireworks and flare centers are colored, but if you use a display device with a lower brightness range to reproduce the scene, the colors in the center of fireworks and flares may not be able to be expressed, but only a pale one. . This is because each luminance level contains different colors.

LEDs have the advantage of a high brightness range that LCDs cannot match. In the color gamut, LED is also wider than LCD. In the past, the biggest bottleneck restricting the application of HDR technology in the LED industry was the lack of a processing system capable of handling HDR dynamic range.

The future of HDR technology

Now, with the leading technologies in HDR video source processing, combined with the LED industry's display of HDR's brightness advantages, the LED industry has truly achieved a quantum leap in quality improvement!

In the future, HDR technology will be introduced into the display of 8K and even higher standards, combining "better pixels" with "more pixels" to redefine the display and lead the value upgrade of the entire industry.

Contact us to learn more about led display screen now.