How to make the light and stage LED display perfect combination

In recent years, the rapid development of LED display technology, LED display equipment technology level and maturity are getting higher and higher, and the areas and content involved are more extensive. On the stage of TV art programs, taking the CCTV Spring Festival Gala as the representative, the most dazzling objective should be a variety of LED displays. Based on elaborate images and dynamic video images, they are virtually seamlessly connected from the up, down, left, and right sides of the stage to form a near-perfect stage space, supplemented by hundreds of mechanical lifting stages. The design field of personnel has been further expanded from the original stage stage to truly make the dots, lines, and surfaces on the stage become part of the show of the art of dancing, and with the augmented reality technology, it has created an imaginary and imaginary audience. The artistic atmosphere has brought great impact and enjoyment to the audience. 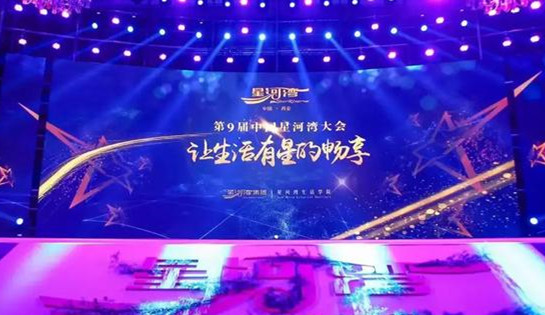 (1) Nowadays, the stage of many evening parties is, to some extent, a large box that emits light. Its high brightness (although it can be adjusted), high color temperature, and rich colors are unprecedented. The stage light, especially the character's face, is more difficult to blend with, and often appears to be too prominent due to the background too bright, making the appearance of the person's face lack of illumination, gray face, the screen is not transparent.

(2) On the traditional stage, the empty black part of the stage set for the stage is responsible for further creation and play by the light. The light between the bright or dark light and the beautiful scene shape is a combination of reality and reality. The relationship, from point to line, is full of sense of space. Looking at the stage of some of today's parties, almost all the corners are full of LED displays. Although the picture is beautiful, it gives people a feeling of being "full" and "blocking", even giving people a sense of oppression. And once some of the screens are black background, it has not left sufficient space and space for the lights to make up for it. In a sense, this in itself violates the rules of dance design.

(3) LED screen patterns are often in conflict with the beam, pattern, and color of the computer light. From the perspective of CCTV's current practice, light is basically the sacrifice of its own effect to ensure the LED screen.

1 First of all, to change the lighting design concept

In the traditional TV lighting production, the contrast of the brightness of the object is reflected, and the camera truly restores the brightness of the captured object; if the illuminance and the contrast meet the requirements, the picture level, the hue and the sharpness can achieve satisfactory results. After applying the LED large screen as the main background to the TV variety show, the lighting engineer must take into consideration the self-luminous characteristics when designing it, and regard it as a large LED lamp. There are also different changes in the colors. Without changing the effect of the dance and ensuring the basic illumination, the lighting layout is constantly adjusted. It is not only necessary to reasonably use the brightness and light ratio of the lights, but also to control the level contrast between the actors and the scenery. The actor and the luminous LED large screen balance the brightness, master the overall color change of the stage; make the color temperature tone of the evening party and the content harmonize with the content, let the LED large screen fully integrate into the TV stage, integrates perfectly with the TV lighting, make the TV picture get real Natural color reproduction.

During the actual rehearsal of rehearsals, lighting technicians and video technicians will first determine a basic aperture range based on the form of the program. This range must always be ensured in the best working condition of the camera, that is, between F4 and F5.6. In this aperture range, the basic lighting layout required by the camera is completed, the brightness of the LED large screen is determined, and then the artistic lights of the computer light and the effect light are embellished. In this way, the video technicians of each program can adjust the aperture on a small scale to ensure the visual effects and technical quality requirements of the screen.

Because of the use of large-scale LED screens, the resulting brightness directly affects the stage lighting. At the beginning of lighting design, we can first consider the large LED screen as part of the stage lighting. Measure the average brightness of all play materials, edit and adjust the brightness and color of the video footage of the played material in advance, and adjust the brightness according to the actual program background material and lighting design requirements without affecting the overall large screen effect. , and calculate the amount of light into the base illumination of the light, and consider the content of the big screen play material as a part of the lighting design. This can also minimize the influence of the large screen on the control of the light and the aperture of the camera.

Contact us to learn more about led display screen now.